A world of traditions

Our story begins with Fernand Létourneau accepting a position as an apprentice voicer at Casavant Frères in February 1965. Under the tonal direction of Lawrence Phelps and later, Gerhard Brunzema, Mr. Létourneau gained experience quickly and was Casavant's chief tonal finisher by the mid 1970s.

With Brunzema’s encouragement, Mr. Létourneau embarked on a study trip in 1978 in Europe to examine first-hand voicing techniques used in historic pipe organs.

Upon his return to Québec, Mr. Létourneau founded his own company, Orgues Létourneau, in January 1979. The company’s first instrument, a six-stop practice organ, was built in the Létourneau family home in Ste-Rosalie, Québec.

Contracts soon followed for new instruments in Australia and in Canada, as well as for a new pipe organ for the Christ Church, Vienna, Austria. 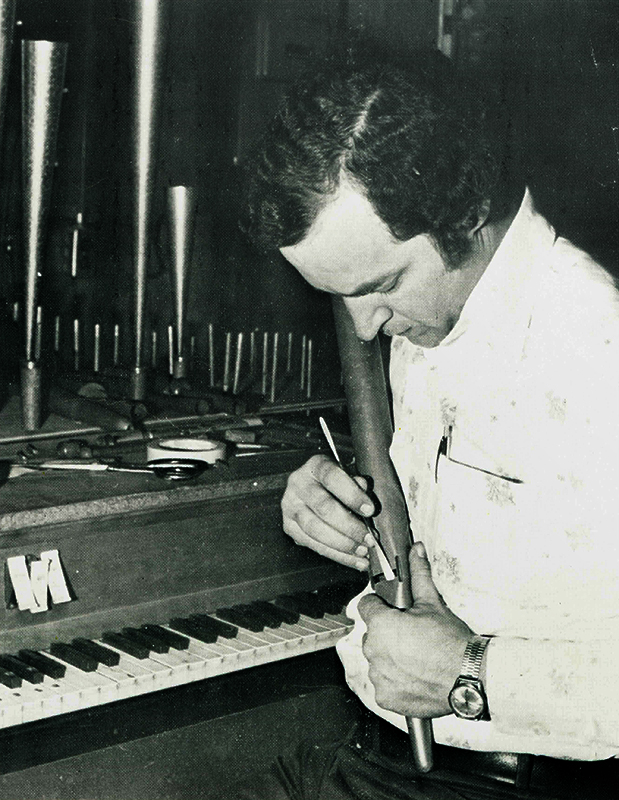 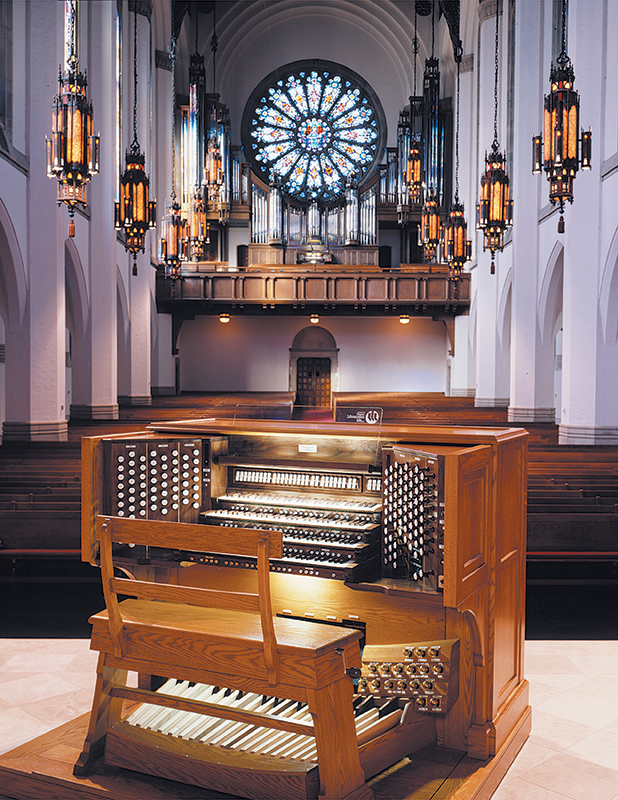 Opus 27 was the first Létourneau instrument heard in the United States at the 1990 American Guild of Organists' convention in Boston; this same instrument now serves as a teaching instrument at the University of Michigan. Interest in this 13-stop organ resulted in contracts for new pipe organs in Michigan, Virginia, and Texas.

The Létourneau company grew quickly over the following decade and during this time, mechanical action organs were built for St. Paul’s Collegiate School in Hamilton, New Zealand (Opus 31) and for the Damon Wells Chapel at Pembroke College, Oxford, England (Opus 43).

In 1998, the Létourneau company completed its Opus 58 at St. Andrew’s Anglican Cathedral in Sydney, Australia. This instrument incorporates more than 30 stops from the Cathedral’s 1866 organ by William Hill.

On the Rise in the 21st Century

More than sixty Létourneau organs had been built at the beginning of the 21st century, including Opus 64 at St. Mary’s Catholic Cathedral in Sydney, Australia and Opus 70 in the Chapel of St. Peter ad Vincula at H. M. Tower of London in England.

In 2001, the company completed its Opus 73 and Opus 74, together comprising 123 ranks, for the grand sanctuary of First Presbyterian Church in Greensboro, North Carolina. Two instruments for concert halls were commissioned shortly thereafter: The first, Opus 60, resides at the front of the 430-seat Legacy Hall at the RiverCenter for the Performing Arts in Columbus, Georgia.  The second, the Davis Concert Organ (Opus 50), is in the Francis Winspear Centre for Music’s Concert Hall in Edmonton, Alberta and is Canada’s largest pipe organ in a concert hall with 122 ranks. 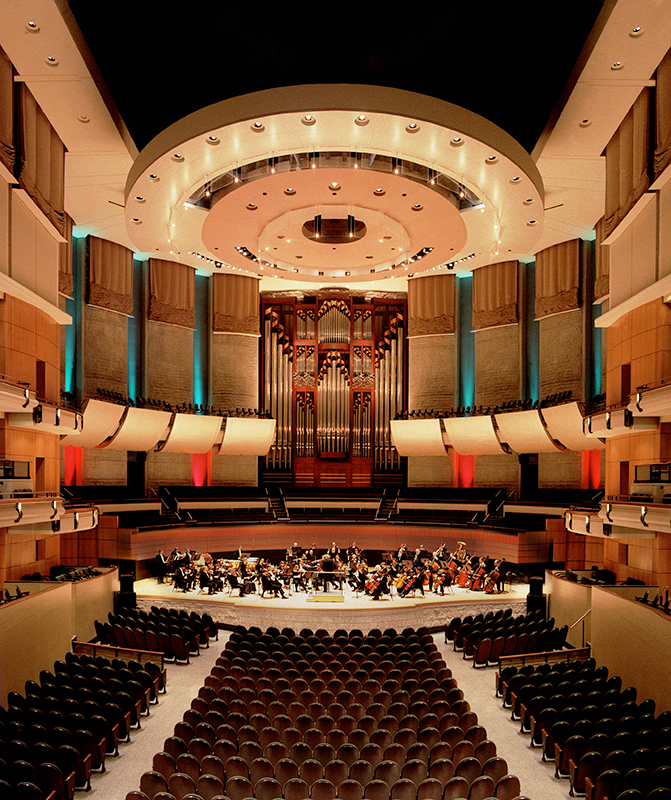 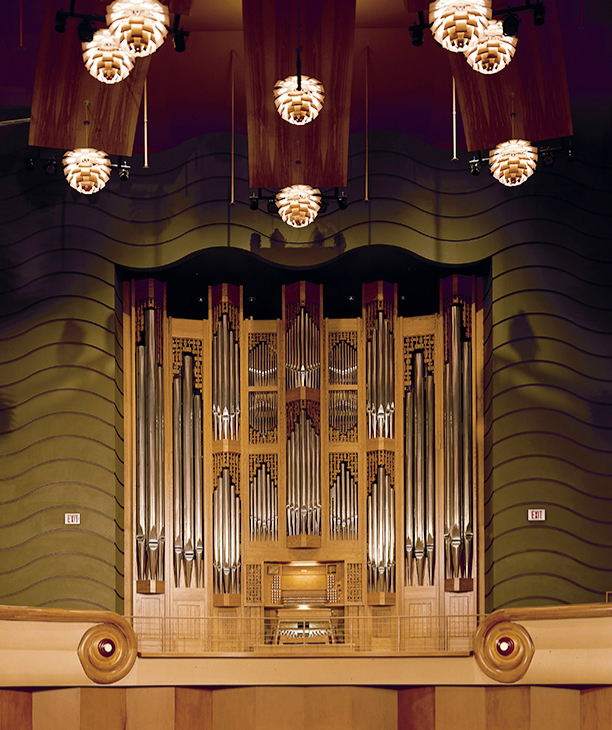 Létourneau exported its Opus 95 to England for installation in the Chapel of Selwyn College at the University of Cambridge in 2005. One year later, Opus 97 was finished at the Episcopal Church of St. John the Divine in Houston, Texas; it remains the largest Létourneau's instrument to date with 144 ranks.

The company’s Opus 118 for the Cathedral of Christ the Light in Oakland, California was completed in 2010 with a total of 90 ranks. Other significant Létourneau organs from this period include Opus 107 for Christ Church United Methodist in Louisville, Kentucky and Opus 96 for Christ Episcopal Church in Bradenton, Florida. 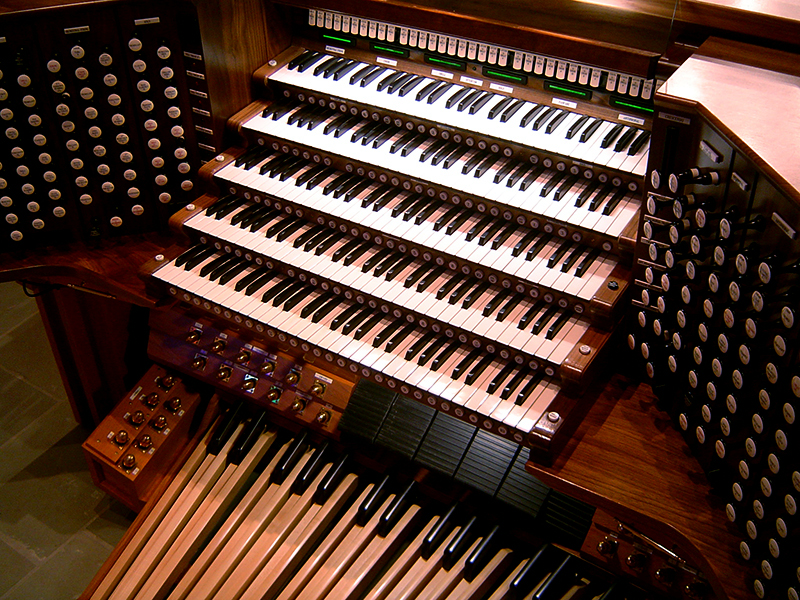 In 2014, Létourneau’s Opus 127 was completed for the prestigious St. Mark’s School of Texas in Dallas where the 61-rank instrument supports daily chapel services as well as monthly choral evensongs. Létourneau installed its Opus 128 in New York City later that same year at the Church of St. Joseph in Greenwich Village.  (The St. Mark's organ was significantly damaged in October 2019 when a tornado touched down in the school's neighbourhood.  Létourneau was honoured to be entrusted with the instrument's restoration and reinstallation, which was completed in May of 2022.)

Between 2016 and 2018, the company completed two distinct instruments in Tuscaloosa, Alabama. The first, Létourneau’s Opus 129, was built for First Presbyterian Church and blends 75 ranks of pipework from E.M. Skinner, Aeolian, Casavant, and Létourneau. The second, our Opus 132, is installed at Christ Episcopal Church and contrasts handsomely with its neighbour, thanks to a strict focus on liturgical accompanying. Recently enlarged with a new Antiphonal division, the 43-rank instrument offers smooth foundations, elegant solo voices, and choruses in all families of organ tone. 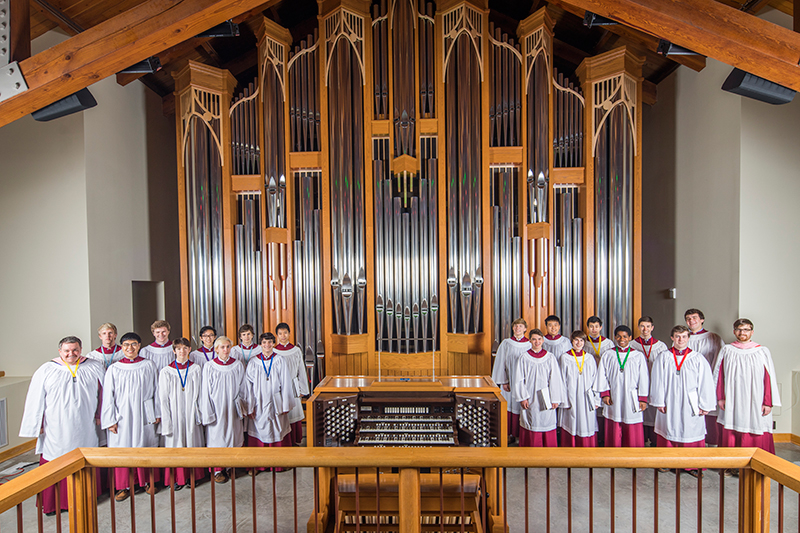 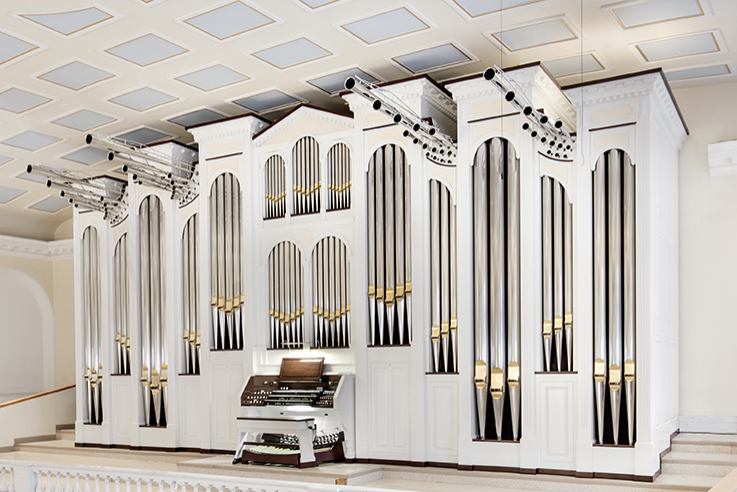 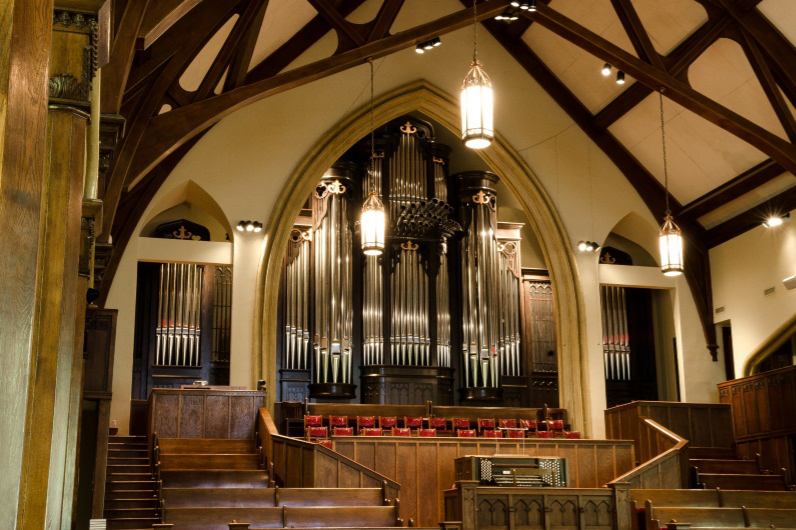 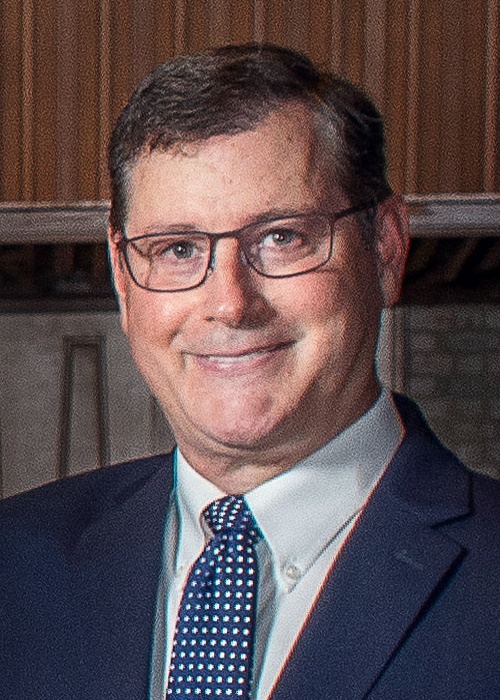 A new chapter in Létourneau’s history began in November 2019 when founder Fernand Létourneau named Dr. Dudley Oakes as the new President and Owner.

Dr. Oakes’ first appointment was to promote the company’s Artistic Director, Andrew Forrest, to the post of Vice President. Under their leadership, the company is working to perfect what it already does as well as making strategic improvements to the company's instruments as well asa the Létourneau team.

In Dr. Oakes' words: “Our pipe organs need to reflect our best work, whether that work comes from our minds, our hands, or our hearts. We love what we do and we need those who experience Létourneau instruments to feel that.”

A bright future : major restorations and reconstructions projects to come

Restorations and reconstructions of existing pipe organs make up an important part of Létourneau’s work.

2015 saw the completion of a comprehensive restoration of the sanctuary organ at the Basilica-Cathedral of Notre Dame in Québec City, Québec. Casavant Frère’s Opus 1049 from 1924, the organ’s two-manual console was thoroughly rebuilt and two new stops were added to the Gr-Orgue division.

Other restoration projects in recent years include the 1968 Andover organ at Lawrenceville School in Lawrenceville, New Jersey and the 1955 M.P. Möller instrument at Frederick Presbyterian Church of Frederick, Maryland.

In Québec, the pipe organs at Église St-Roch in St-Roch-de-Richelieu, the Anglican Parish of St. Andrew and St. Mark’s in Dorval, and St. James United Church in Montréal have all been thoroughly restored by Létourneau. 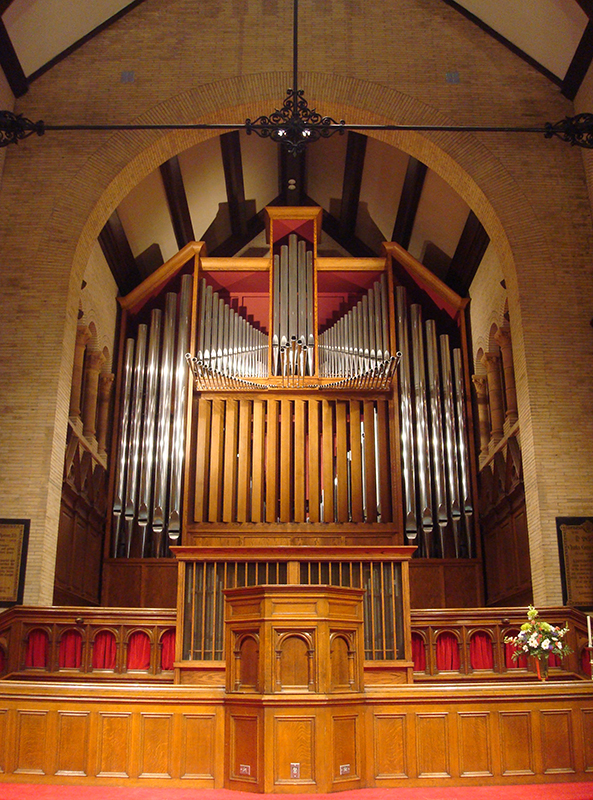 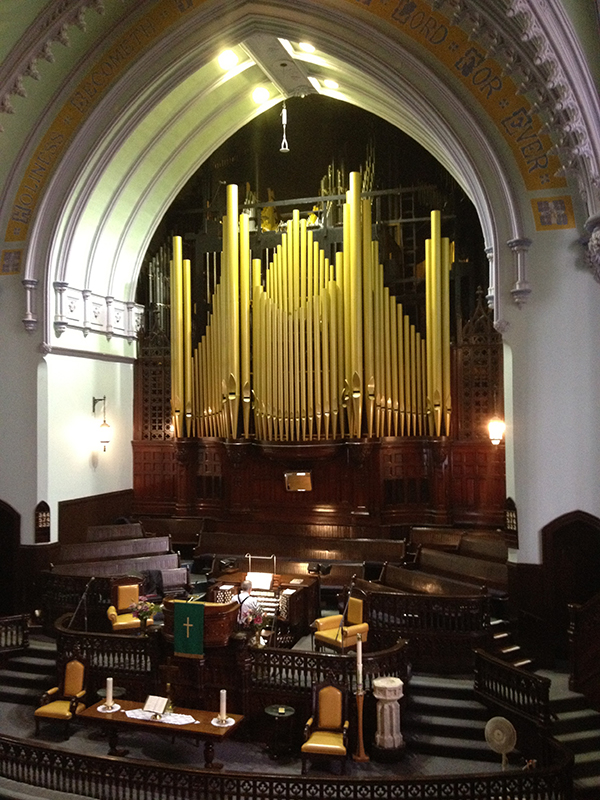 St. James United Church, Montréal, Québec
By clicking “Accept All Cookies”, you agree to the storing of cookies on your device to enhance site navigation, analyze site usage, and assist in our marketing efforts. View our Privacy Policy for more information.
PreferencesDenyAccept